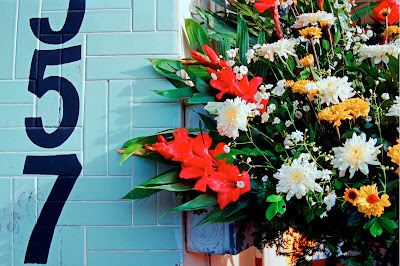 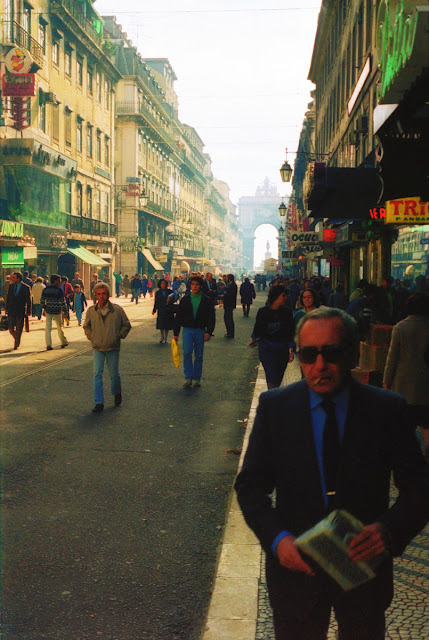 Street scene, Lisbon, Portugal, November 1986
I took this photograph in Lisbon in November 1986, and never knew until now I took this. I had hand-developed these York Color labs C-41 negatives (rebranded 3M film), and never made a contact sheet. Then, tonight, looking through my old print files, I looked at this on the light table through my loupe, and realized I had something. Thanks to Lightroom and Color Efex software, I was able to pull a lot of color out of it.
Posted by Robert Jones at 1:09 AM