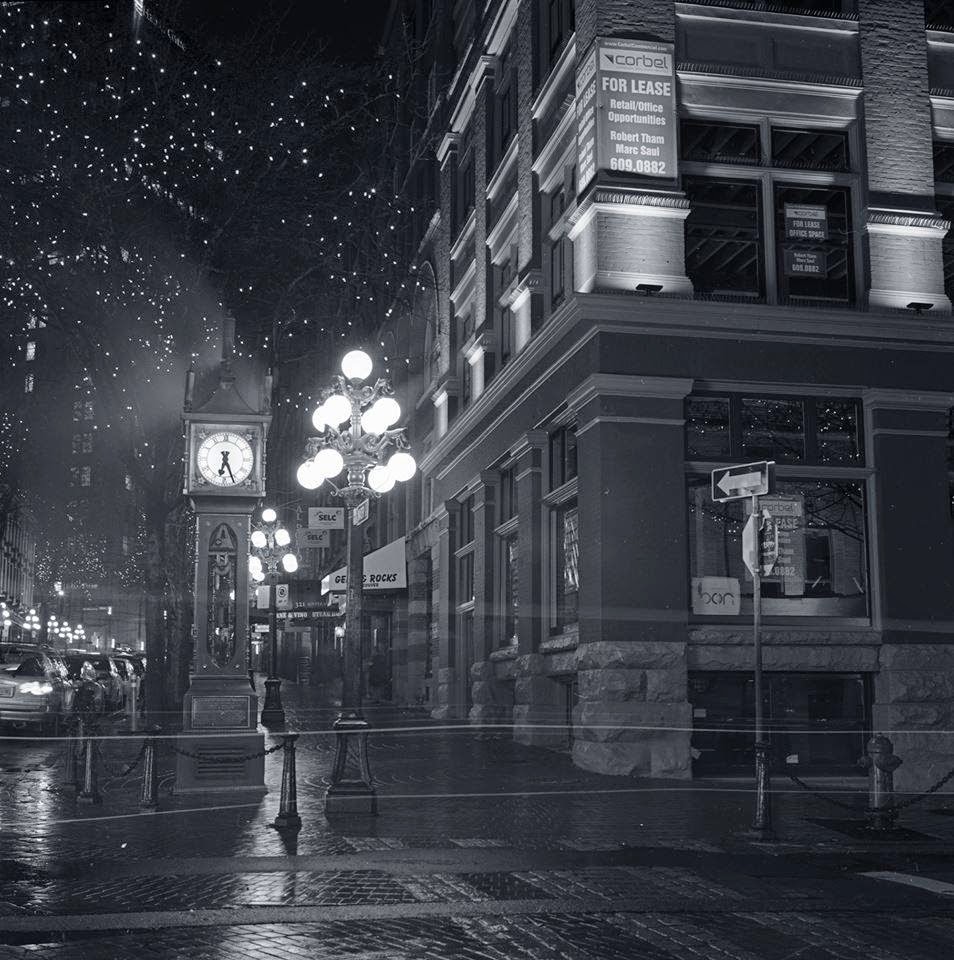 While visiting Vancouver, one must stop into Gastown and take a look at the steam-powered clock that has become a major tourist attraction, and rightly so. While boasting a vintage appeal, the clock was actually constructed in 1977 as a means to cover a steam grate and also prevent the homeless from sleeping on it in cold weather. At first the clock was wrought with malfunctions and had to be powered electronically, but once the local businesses saw how much revenue it bought in because of the tourists it brought, they grouped together to have the steam mechanism completely rebuilt.

Once completed, the new steam mechanism worked by a miniature steam engine that drives a chain lift. The chain lift then moves steel balls upwards where they are then transferred to a descending chain. The weight of these steel balls on the chain controls a conventional pendulum clock escapement that is geared to the hands on the four separate faces of the clock. The steam also powers a whistle, instead of chimes, that have become known as the Westminster "chime" to denote the time.

The long exposure of this photo and the black and white aspect give it a very "Sherlock Holmes" feel while the lights on the trees add a fairy tale-esque dimension that draw you in and pull your attention to the clock itself.  Think Scotland Yard meets Peter Pan.