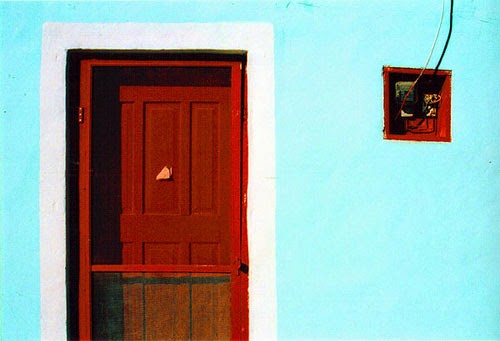 In the state of Coahuila is a municipality called Guerrero. It's a small city, with less than one thousand inhabitants. Even such a small city, it's filled with lots of beautiful and bright colors that are well known to the south-west culture in Mexico.

Guerrero is a surname that means warrior. These small municipalities are home to a large number of Roman Catholics and even though the state of Coahuila has over two million citizens, given the size of the state that only equals out to be 15 people per square kilometer. While that may seem small, Coahuila is home to the country's largest coal reserves and the state's capital Saltillo also has a growing automobile industry with plants for both General Motors and Chrysler.
Posted by Robert Jones at 1:00 PM