Howard Johnson: The Decline of an Era 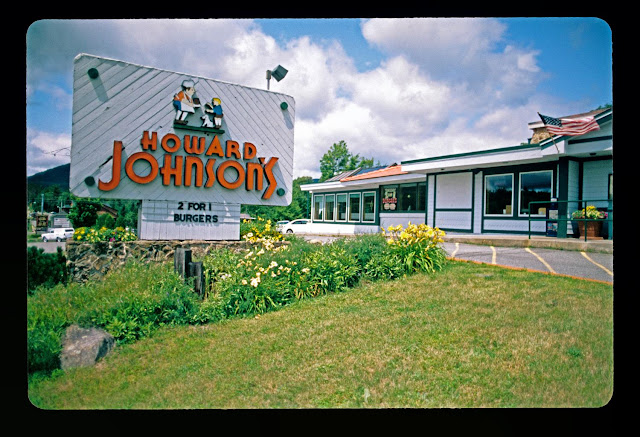 In the 1960s and 1970s, there were more than 1,000 combined company owned and franchised Howard Johnson outlets. It was the largest restaurant chain in the U.S. at the time.

Howard Johnson started out owning and operating a small corner pharmacy in Quincy, MA. Little did he know that the food industry would become his legacy. After he installed a soda fountain in his drugstore, he realized that the fountain was quickly becoming the busiest and most profitable part of his store. With the mind of an entrepreneur, Johnson decided to branch out into homemade ice cream, quickly accumulating a large variety of 28 different flavors.

During the summers of the late 1920s, Johnson would opperate concession stands along beachfront property on the coast of Massachusetts. He sold soft drinks, hot dogs, and ice cream. With the growing success of his pop-up concession stands, he was able to convince bankers from the area to lend him enough money to open and operate a sit-down restaurant. Finally, near the end of the decade, the first Howard Johnson's restaurant was opened in Quincy. The menu included fried clams, baked beans, chicken pot pies, hot dogs, ice cream, and soft drinks.

Johnson received a rather lucky break in 1929 when the mayor of Boston prohibited a production of Eugene O'Neill's play, Strange Interlude, from performing. The theater moved the production to Quincy, and the influential Bostonians that came to see the play flocked to the closest restaurant, which happened to be Howard Johnson's.

In the 1930s, Johnson persuaded an acquaintance to open a second restaurant in Orleans, Massachusetts which ended up being on of America's first franchising agreements. By the end of the 1930s, there were 107 restaurants all along American East Coast Highways.

By 1944 though, ravaged by the effects of war rationing, only 12 restaurants remained in business.  Johnson managed to maintain his business by serving commissary food to war workers and United States Army recruits. By 1951 though, the restaurants sales were back up and totaled $115 million.

The first motor lodge for Howard Johnson was opened in 1954 in Savannah, Georgia. Shortly after that, in 1959, the elder Johnson turned the company over to his 26 year old son. He would continue to oversee his son's control of the company until his death in 1972.

When the company went public in 1961 there were 605 restaurants and 88 franchised motor lodges across 32 states. By 1975, the company had more than 1,000 restaurants and more than 500 motor lodges in 42 states and Canada. This would be the peak of the business. By the late 1970s though, the signs of the end were beginning. Between the oil embargo of 1974, the fire of 1971, the day-long siege that former Black Panther Mark Essex used the hotel's roof for as a sniper perch, and the $2.5 million dollar judgement awarded to Connie Francis who sued the motel chain after she was raped at the Howard Johnson's Jericho Turnpike lodge, the company started failing. Along with that, Johnson tried to streamline the company operation and cut costs which proved disastrous because guests were unhappy with the "new" Howard Johnson's after being accustomed to the services that they had known for the previous years.

In 1979, Johnson accepted a bid from Imperial Group PLC who sold the company to G. Michael Hostage for more than $630 million.

This Lake Placid restaurant was one of the only three remaining restaurants. It closed on March 31, 2015.