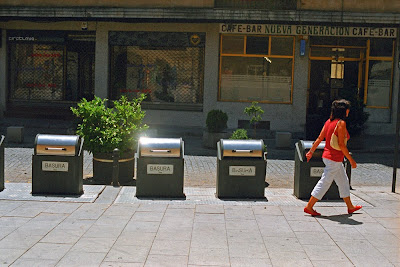 Pedestrian and ashcans, Salamanca, Spain, July 2010
Salamanca is Spain's most beautiful city and one of its most historically significant.  A history of the Middle Ages would be incomplete without its many battles and sieges.  More importantly, Salamanca is noted for its gorgeous Renaissance and Baroque architecture, and is one of the crown jewels of the Roman Catholic Church.
Yet, in this picture postcard city is fast becoming deserted as every third shop and building has been left empty, put up sale or rent, thanks to Spain's faltering economy.  As I found Salamanca early one Sunday morning, it seemed a brightly-lit ghost town, besieged by silence and the vandal's can of spray paint. 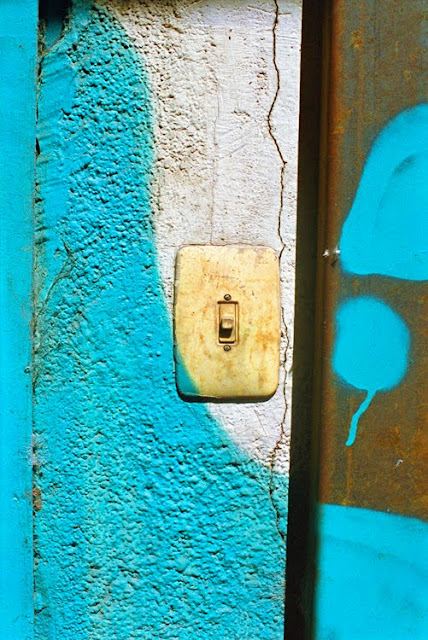 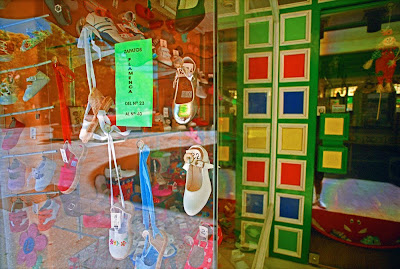 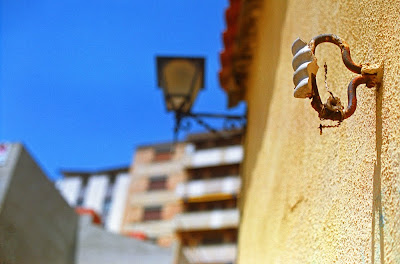 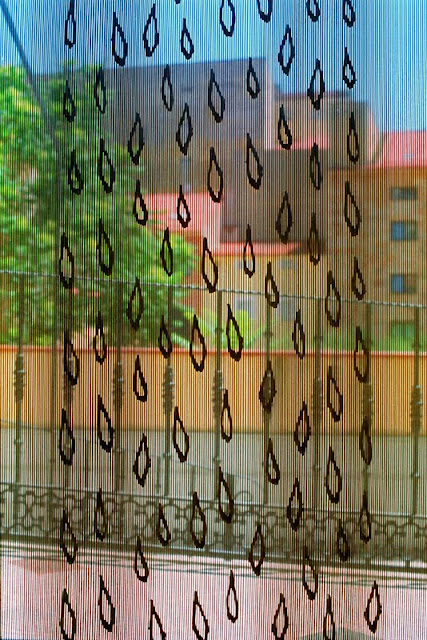 The city, as seen through the curtain of a coffee bar
Salamanca, Spain, July 2010 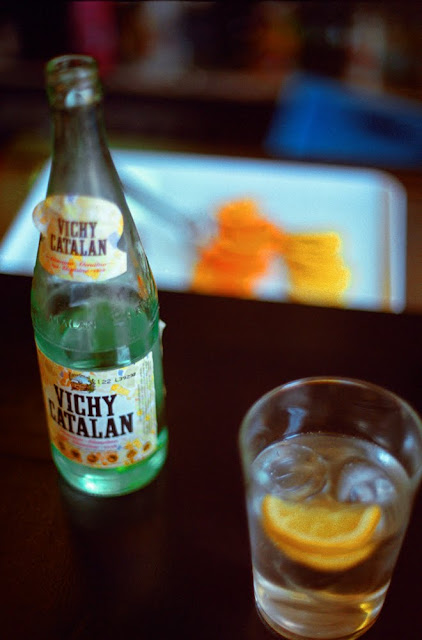 Respite from the heat
Salamanca, Spain, July 2010
Posted by Robert Jones at 1:41 AM 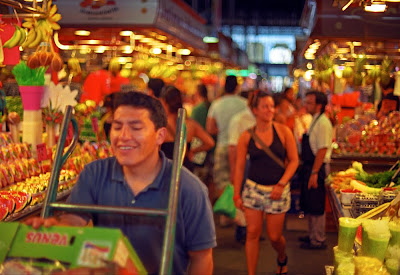 Bustle of the fruit market
La Boqueria, Barcelona, Spain, July 2010
I returned twice to La Boqueria, and exposed about five rolls of the highly-saturated C-41 color films Agfa Ultra 100 and Kodak Ektar 100 to capture the brilliance of the intense hues of the market.  Shooting with my Nikkor f/1.4 lens achieved the exact opposite of deep focus:  With its shallow depth of field, I could concentrate on composing with colors, rather than any particular objects.
The results were almost impressionist compositions that breathed with the fire of surrealistic color.  These prints are out of a Technicolor dream.  Fitting for their subjects' location. 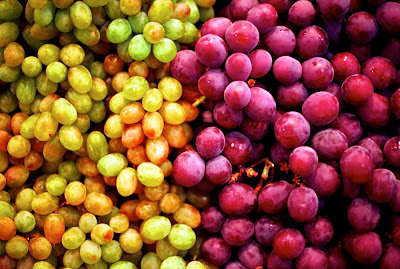 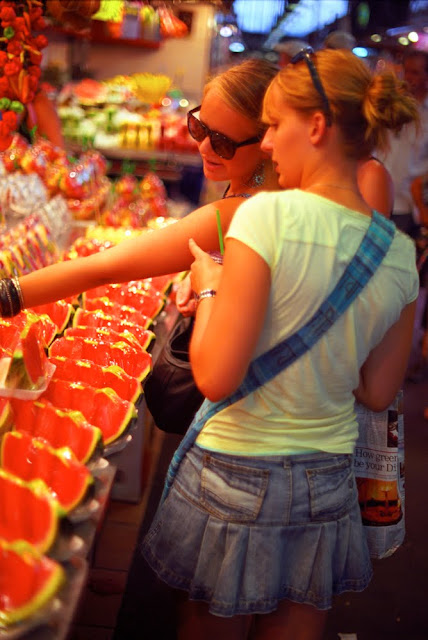 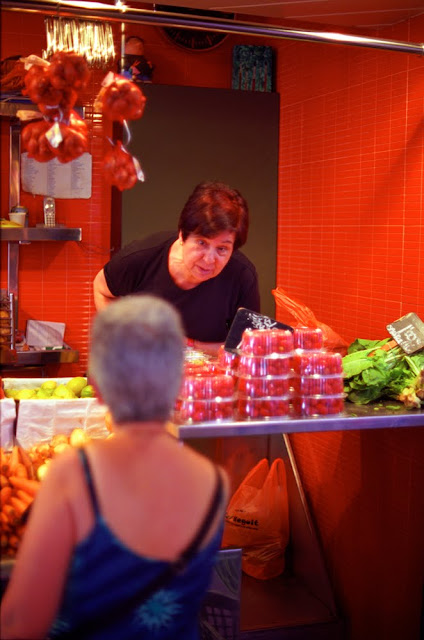 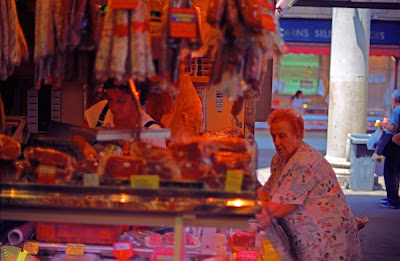 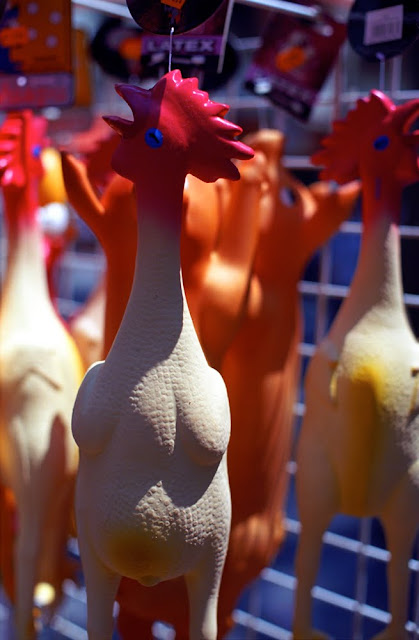 Rubber Chickens
Busker's Stall, Ramblas, Barcelona, Spain, July 2010
One of the biggest tourist draws on the Ramblas -- Barcelona's pedestrian walkway which intersects the Catalan city -- is La Boqueria, the great fruit market.
The stall owners here all have artistic flair, a vivacious sense of color (heightened by the use of sodium vapor lamps) and a knack for arranging their wares in patterns which appeal to the graphically sensible.
Altogether, a visual feast for the eyes and heaven for the nose and mouth. 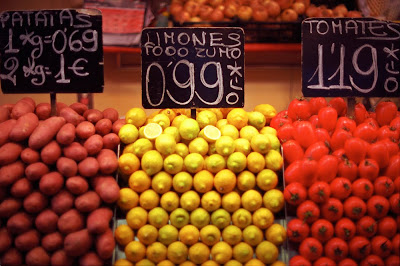 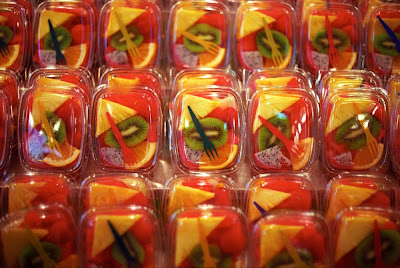 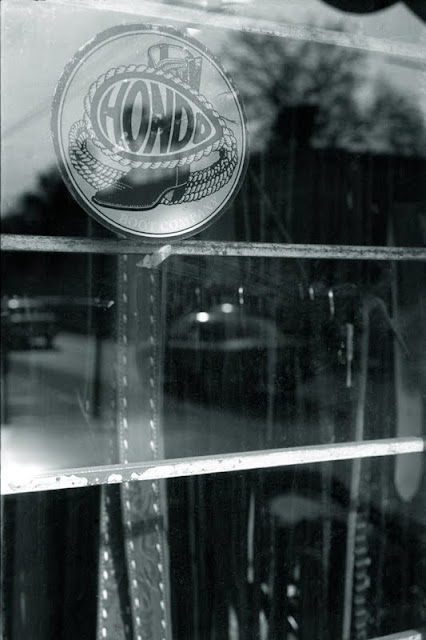 Piedras Negras, Coahuila, March 2000
Another quiet exposure that looks better in black and white than color.
Posted by Robert Jones at 10:57 AM 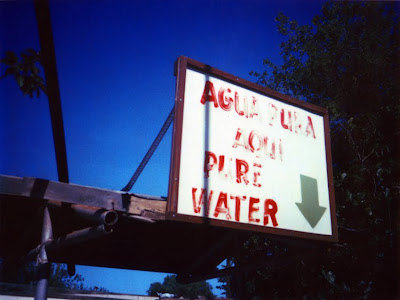 U.S. Route 57, La Pryor, Texas, May 2008
Continuing my theme on "water," here is another spot you can avail yourself of free water!  No need to make the people at Evian and Aquafina any richer, I say!
Posted by Robert Jones at 10:49 AM 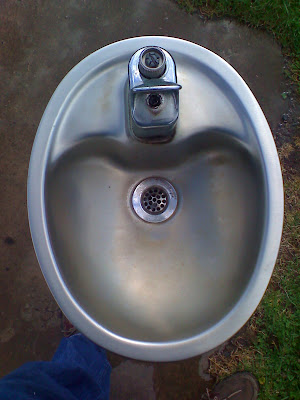 Rest area, U.S. Route 63, Baldwin, Wisconsin,
April 2010
This is an artifact of a bygone era called a "water fountain."  If one wanted a drink of water, one just bent over the spigot, turned the valve, and out came water.  For free.
Posted by Robert Jones at 10:44 AM 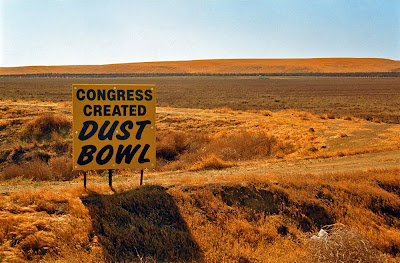 Interstate Highway 5, near Firebaugh, California, October 2009
No crops were planted on this land last year.  None will be planted this year, and next year is probably a wash as well.
Under the Endangered Species Act, and in the name of "saving the planet," half of the farm land in California's San Joaquin Valley is going fallow, and what was once the nation's most fertile ground is falling victim to soil erosion.  Farmers are being denied the use of water on their own land, in order to "save" the Delta Smelt.  Yet, as this video argues, the danger to the species of fish comes not from California's farmers, but from cities and industries upstream, who are using the environmental movement as a cat's paw to cover their own pollution.
Posted by Robert Jones at 10:23 AM

Recovered Silver: Bringing Negatives Back From the Dead

Howard Johnson's Restaurant, U.S. Route 30,
Chambersburg, Pennsylvania, c. 1989
With some Photoshopping, these negatives can be largely restored.  I lost seventy-five per-cent of my negatives in a flood, and these are what the "survivors" look like.  These two frames were exposed at a Howard Johnson's restaurant in south-central Pennsylvania.  Like most of its orange-roofed brethren, it is now closed.
Posted by Robert Jones at 10:23 AM