When The Stars Align 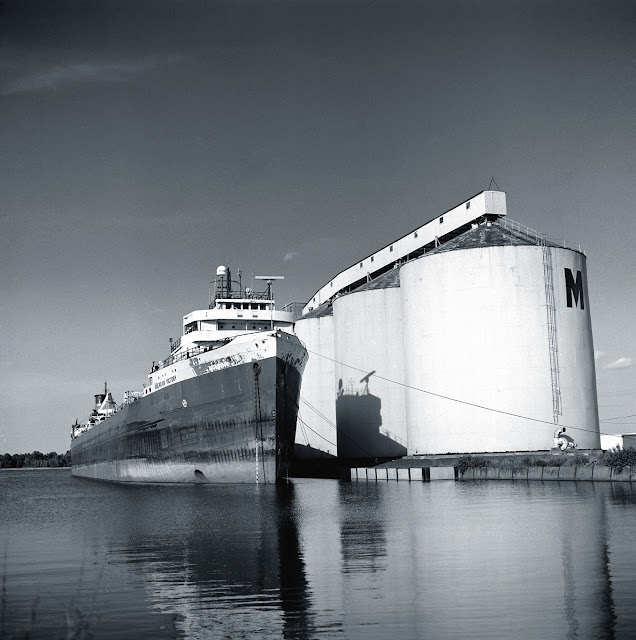 Sometimes when shooting film it's like the stars align. I was out driving around and looking to start back up my series titled "Concrete Cathedrals" when I came across this scene. It was like not only finding the perfect Cathedral, but a pope to go with it. The title of the large vessel is "American Victory", which I thought was suiting given the fact that the 4th of July is upon us this upcoming weekend. That coupled with amazing clear skies and the exact combination of camera and film that I wanted led to this shot.